One thing that I’ve vowed to do more of since my health has become more stable is to spend more time interacting with the local vegan community. When I’m around other vegans, I have a distinct feeling of “home”. It’s all so very high vibe. I never felt it so strongly as I felt when I attended the Main Street Vegan Academy and was around a whole spectrum of vegan awesomeness for an entire week, but I also felt that strong magic in the air at Pittsburgh VegFest; I’m still buzzing!

Pittsburgh VegFest was the first vegan event I’ve attended in far too long. I hate to feel so disconnected! Once I heard about it, I was determined to 1) keep my schedule clear and 2) have enough energy to enjoy it to its fullest. Mission accomplished, folks! I invited my dad — ever the veg-enthusiast and future vegan, I know it! — to partake in the festivities with me. Can I just take a moment to say how lucky I am to have a dad who’s open-minded and forever learning even as he approaches his golden years? An inspiration, I tell ya!

A common misconception is that veganism is all about food. Food does play an important part in our lives, but that’s not exclusive to veganism. The real soul food of vegan living is the community. When we are around like-minded people, those who have woken up and taken steps forward in their evolution, beautiful things happen. That is an essential part of our nourishment.

I spent a lot of time going booth to booth and talking with each person, getting to know their stories, and sharing some of mine. We all learn and grow from each other and flourish through each other’s support. I am so thankful that I had time to devote my attention to so many change-makers. I was all smiles, all day. 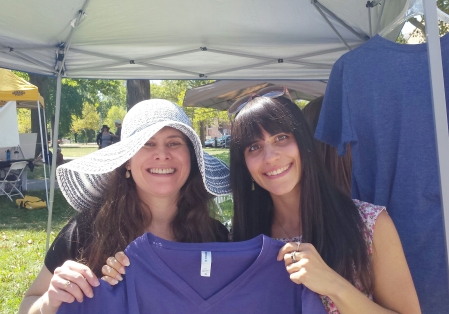 After being Instagram friends for a while, I was excited to finally meet Yummy Plants’ Rebecca Gilbert in person. If you’re a new vegan or veg-curious, be sure to check out this vegan veteran’s book called It’s Easy to Start Eating Vegan. And it was bright out, so my cameraman cut off the organic cotton t-shirt I’m holding (oops!), but you can see them for yourself on Rebecca’s website! 20% of the online sales in August are being donated to FARM.

I bought a stainless steel straw from this eco-friendly booth for a trip I have coming up. I have glass straws, but wanted something more durable for travel. They had bamboo straws, too, as well as stainless steel food containers, bamboo travel utensils, and cloth sandwich and snack baggies along with other eco wares. 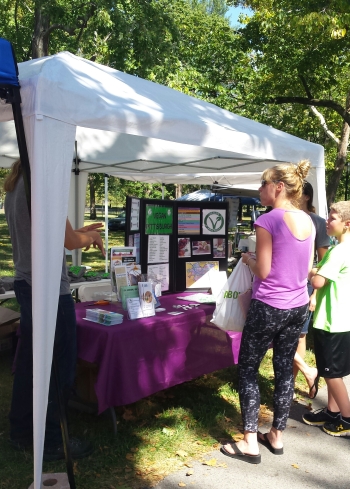 Vegan Pittsburgh is a great group that is making dining at restaurants easier for vegans and making the “vegan” word more visible for nonvegan diners, too. Their site has a list of participating restaurants by neighborhood which makes it so simple to find somewhere vegan-friendly to go no matter where you are in the city or surrounding areas.

I gushed about essential oils with a pair of amazing ladies at the doTerra table for a long while. This past year, I’ve been welcoming essential oils into my healing routine, and I love to talk with people about them so I can learn more. It was cool to get to try/smell/see the doTerra oils in person, too. I didn’t get anything, but I did walk away with a particularly sensuous scent on my wrists.

I chatted it up with Krystle from The Yoga Hive all about yoga and what it means beyond the physical act of working out, and I bought one of her beautiful wood etchings. It’s the one in the center that says, “May all beings everywhere be happy and free.” The oak was too gorgeous to pass up, and I naturally love the message.

Then, I got into a passionate discussion about senior dogs at the SPAAR, Senior Pet and Animal Rescue, table. Tucker was 6 when we adopted him, and knowing other senior animals who are as healthy and energetic as him, this issue holds a special place in my heart. SPAAR also does hospice care for elderly/sick animals and raises money to help those who can’t afford vet bills but want to keep their animals.

Then there were the animals. My favorite part! 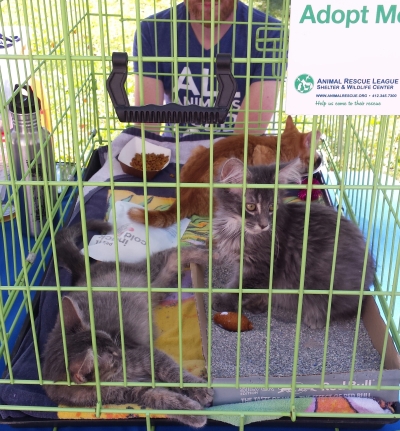 These babies were abandoned on a doorstep days ago. I don’t know if they got adopted at the event, but they’re such cuties that I know they’ll find loving homes soon.

This guy is the Animal Rescue League Wildlife Center’s ambassador at events. He has an underbite that causes him problems making him unable to be released back into the wild. He was so chill, sleeping away, while I caught up with a friend who was working the booth and I haven’t seen in ages. 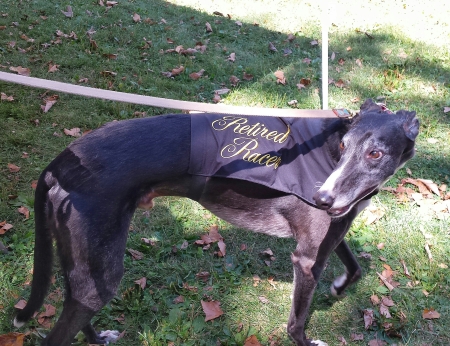 and I met a greyhound rescue who was a total sweetheart — swoon — at the Steel City Greyhounds booth. My college roommate rescued greyhounds, and her stories about them were some of the first ones that made me fall in love with dogs. I’m so happy there are rescue groups in place to save these amazing beings.

…and then there was Karen Phillips, founder of Hope Haven, who I was supposed to have met a few years ago at a vegan meetup but an accident (she was ok!) prevented her from attending. I was elated to finally meet her and my expectations of her and her mission were exceeded when I found how caring, energetic, and compassionate she is. She is that posi person that you want to be around all the time because they make you feel so giddy for life despite all the neglect and abuse they are witness to. I also met Wayne — hello handsome fella! — and got a little snuggle session in with him. Wayne, Tucker would love you, and you’re invited for an interspecies human, chickie, canine sleepover any time! Included: treats, scratches, cruelty-free-pillow fights, and your own throne (ok, chair).

So you see why I had such a full heart, bursting at the seams, at the end of the day. In the next post, see what contributed to my full stomach!

One thought on “Pittsburgh VegFest Epic Recap 1/2: The Community”